I’ve been sketching a few years now; it’s good therapy and exercise of free speech.  Don’t let anyone take that right from you.   If you want to use one, just email me.   I recommend visiting the American Association of Editorial Cartoonists’ website for viewing cartoons, using them and information on defending a free press at:  www.editorialcartoonists.com

Archived cartoons (prior to June 2020) can be found here:   http://dennistownsend.org/editorial-and-political-cartoons-archive/

(2/21/2021): The deep freeze in the heart of Texas. Texas may be proud of their indepdent power grid, but it doesn’t make them any more competent at running it.

(2/18/2021): So Rush Limbaugh died. So what. May his motif die with him. What a sorry, crass pile of excrement, as well as those who hitched their ideological wagon to his vomitus.

(2/2/2021): Weary of the pandemic and all of the proclamations, directives, etc. on how to keep it in check, the GOP wants a place at the table to put a “check” on the governor. Yeah, right, let’s replace executive decision-making with a committee that’s fundamentally at cross purposes. The law, at least in Washington State, is clear; the buck stops with the governor, and if you don’t like him, vote him out (he won by over a half million votes in November). In the latest iteration of the GOP, heck, they’re not even fit to govern.

(2/3/2021): Our little town on the Olympic Peninsula made national news with our “Q” obsessed mayor. My heart goes out to my friends that live there and other that have managed to put this screwball cult in power. At least CNN pronounced it’s name right.

(12/31/2020):  I read in local media that my little piece of suburban sprawl, with it’s litter-lined streets, homeless encampments on vacant lots and endless strip malls is now the hottest real estate market in the U.S.!  Even the street corners command a high price.

(12/4/2020):  Our local Trump farm-team gubernatorial candidate Loren Culp is still refusing to concede and demanding investigations into “irregularities”, even though he lost by over a half-million votes.  How soon will it be that anyone still cares? 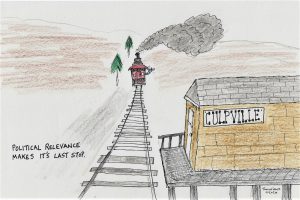 (12/4/2020):  The political shenanigans are local, but the short story is that the term-limited County Council members (all Rs) have decided to drop a bomb on our local jointly-operated for nearly 50 years Health Department, dropping in an ordinance proposal to eliminate it at the 11th hour.  Yes, in the midst of a 100-year health crisis.  A solution for a problem that doesn’t exist; stupid is stupid does. 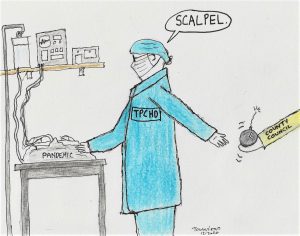 (11/25/2020):  Hope you’re all keeping safe and healthy, and here’s to a Happy Thanksgiving!  It’s a little different this year, especially for the Turkey Guild. 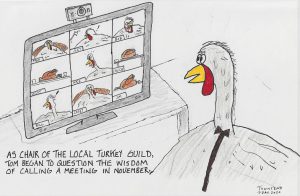 (11/20/2020):  After watching the GOP and Trump’s minions try to subvert the will of the people, the targets of the recounts make the tactic significant, and obvious. 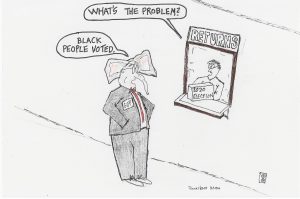 (11/20/2020):  Disclosure:  I worked in telecom for 42 years before retiring several years ago; it was a great career that was always subject to significant change.  Each change usually reflected a name change, including our local football stadium. 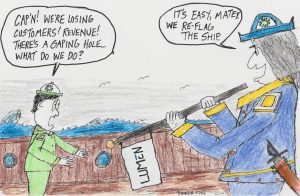 (11/18/2020):  Rumors have been spread in different ways over the years; the first three I heard personally in elementary and secondary school and in the 80s; the last you can find on any QAnon site.  They used to be spread word-of-mouth, now millions of keyboards propagate them – with thousands of fact-checkers keeping them in line.  Ahhh, for the old days….  😀 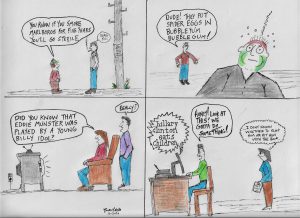 (11/14/2020):  Well, as expected our incumbent governor defeated the wholly-underqualified right-wing Trump supporter here by over a half-million votes.  You’d think he’d concede, but like his protege, he’s probably bad at math and finds things “highly irregular.” 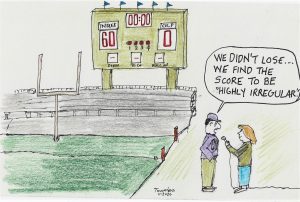 (11/12/2020):  It appears there are new social media platforms that may start to divide into ideological camps; if you want to see a “safe room” for the goofball right, visit Parler.  I recommend going incognito, though. 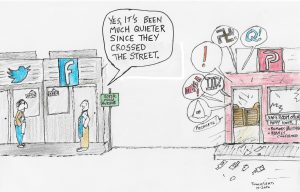 (10/30/2020):  Well, the GOP got their guy (or girl).  Amy  has the baked-in bias of the conservative urge to control people; it will begin to manifest itself in decisions soon.  Expect jailed doctors, public shaming and the lot – hell, why not just test every female every three months, if they’re pregnant, hold them in a government cell until government can make a determination of the birth? 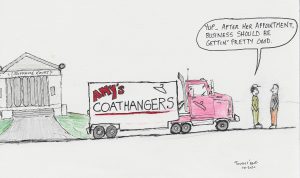 (10/29/2020):  Our local GOP governor’s candidate doesn’t have much to offer, perhaps the GOP can get their bench deep enough to have a viable candidate with an inkling of executive experience.  Until then, all we have is a small-town police chief with a penchant for spreading disease with mask-free rallies. 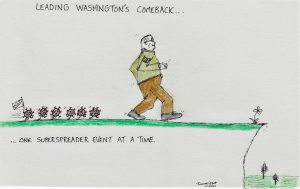 (9/9/2020):   A bit dated, but the Seattle City Council, via a confused Zoom meeting, made some draconian cuts to their budget.  Mayor Durkan, in a fit of sanity, vetoed it; now perhaps cooler heads will prevail. 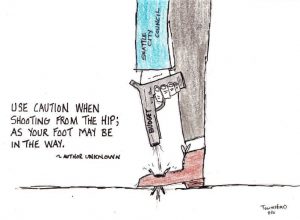 (9/7/2020):  Perhaps the least-qualified gubernatorial candidate the GOP have put forth in years; Culp’s platform seems to be spreading of disease. 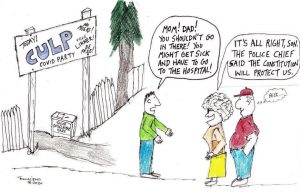 (9/7/2020):  Our local County Executive election had been pretty sedate until a staffer with the incumbent was fired for filing a whistleblower complaint; she has since turned their allegiance to the challenger.  Answer: throw mud at the challenger. 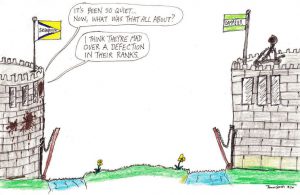 (9/7/2020):  The leader of the GOP in our State Legislature complains about “one-party” control in Olympia.  Well, between you and me, they may want to broaden their base to appeal to a “less-fringey” constituency. 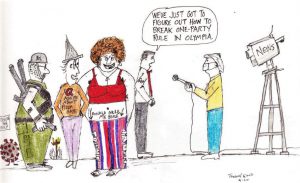 (8/29/2020):  The Puyallup River is a major fish habitat that runs through Pierce County and Tacoma, and has particular significance to the Puyallup Tribe.  Someone was asleep at the switch in permitting and a bad decision was made to use Astroturf to line the riverbed for work at the Electron Dam upstream.  As a result, thousands of rubber pellets, that contain toxic chemicals, have washed down the Puyallup.  This is a cautionary tale (a microcosm, perhaps) of the dangers Bristol Bay faces with the Pebble Mine, should it ever be approved. 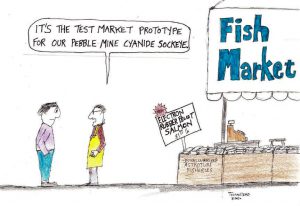 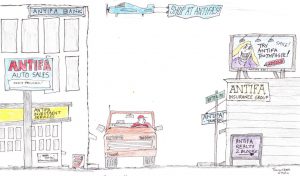 (6/13/2020):  The Coronavirus is speculated to make a comeback this fall, loosening up quarantines and “re-opening the economy” will be the cause if we’re not careful.  Wash your hands.  Wear a mask.  Stay apart – together.  Or we’ll be pulling another metaphorical truck out of the ditch. 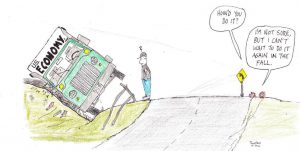 (6/12/2020):  Fox News is dubious in content and bias, but the Seattle Times called them out on using manipulated images during the Capitol Hill “Autonomous Zone” protests this week.  At least someone’s got journalistic integrity, and it ain’t Fox. 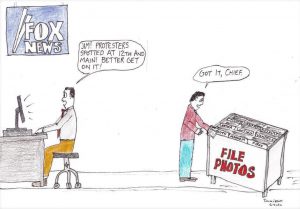 For my cartoon archive (June 2020 and earlier), click here: